How Bitcoin is changing the world for the better! 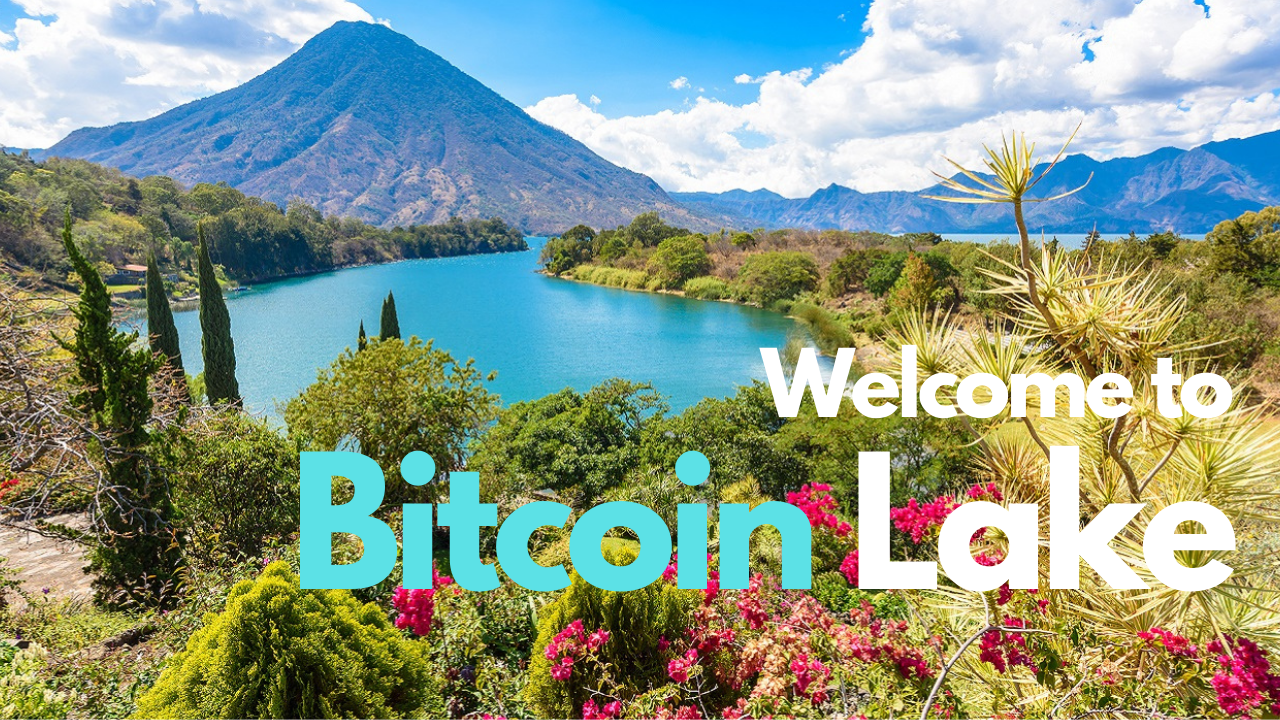 Imagine what it would be like to not just talk about making a difference but to actually make a positive change in the world!

This is why I like the mission of Bitcoin Lake in Guatemala, which is modeled after the famous Bitcoin Beach in El Salvador.

🎉The good news is you can donate to Bitcoin Lake without even spending money. For every 10 people who watch this video about Bitcoin Lake and click LIKE and SUBSCRIBE, $1 in BTC will be donated to Bitcoin Lake.

Bitcoin Lake is located at Lake Atitlan in Panajachel, Guatemala. The people surrounding the lake are largely “unbanked” meaning that many live paycheck to paycheck rather than saving for future expenses.

Bitcoin Lake has partnered with a local school in Centro Educativo Josué.

By teaching students how Bitcoin works, students will learn:

1) Why saving money for the future is important to success. 2) Why government-printed money, fiat, is losing value over time. 3) Why sound money such as Bitcoin, is increasing in value over time. 4) How to develop computer skills through learning to mine Bitcoin and transact with it.

How does Bitcoin alleviate poverty?

1) Students will be paid in Bitcoin to clean Lake Atitlan.

While it is a beautiful lake, it has a problem with trash and pollution. Students will be paid in Bitcoin for each hour they spend cleaning up the lake and surrounding areas.

2) Students will mine Bitcoin.

By students being taught how to mine Bitcoin with green energy, they will be able to accumulate wealth through mining Bitcoin for years to come.

Much like Bitcoin Beach, it is believed that Bitcoin Lake will also attract Bitcoin Tourism to the lake. As Bitcoin becomes more popular, many people will want to visit and pay for things in Bitcoin, which will boost the local economy.

Bitcoin is a hedge against inflation and has an average return of 230% a year!

Author’s Note: I lived in Guatemala for 3 months during my college years, back in 2005. It was a life-changing experience as I got to swim in Lake Atitlan, now known as Bitcoin Lake.

When I made it back home to the US, I wanted to donate some money to a missionary who was working in Guatemala. I planned to give $200 to this missionary. I used Western Union, which charged around $30. It took about a week to transfer the money. There was also a conversion fee of dollars to quetzales (the Guatemalan currency) which was around $10. I remember, by the time my missionary friend received the money, he had about $160 a week later.

Many Guatemalans who live and work in the United States will find it more efficient and cost-effective to send financial support via Bitcoin to their families in Guatemala instead of fiat (dollars or quetzales). This will also help boost the economy!

How Does Bitcoin Promote Green Energy?

Many people who try to attack Bitcoin, will often cite that Bitcoin uses too much electricity.

The cheaper a person is able to mine Bitcoin, the more of a profit they will make.

For this reason, Bitcoin miners are always looking for opportunities to mine Bitcoin with solar, wind, hydro, and other green energy options since this energy is free.

Jack Dorsey, from Square and Twitter, and Cathy Wood, from Ark Investment, have released a white paper about how Bitcoin is Key to an Abundant, Clean Energy Future.

Bitcoin Lake will work with Guatemalans to create solar power rigs and even harness energy from cleaning the lake to mine Bitcoin. How amazing is that?

How Does Bitcoin Provide Hope?

Imagine playing a baseball game, yet the other team always starts off with 10 extra points, and the referee is biased against your team.

You probably wouldn’t want to play baseball as the odds are against you and the game isn’t fair.

This is how many youths currently feel in Guatemala. Many young people lack hope. Often their best chance of success is either joining a gang or escaping to a country like America where the rules are a little more fair (although still not perfect).

Bitcoin levels the playing field. It doesn't discriminate. It doesn’t care what you look like, or what your political views are. Bitcoin is mathematical purity.

For the first time in history, with Bitcoin, regular people like you and me can own wealth that cannot be debased by any government nor stolen by any entity. If you properly store your Bitcoin, your Bitcoin will be safe forever.

This creates HOPE for people in Guatemala who are trying to get ahead in life.

I am beyond excited about the positive revolution that Bitcoin will bring about in our lifetime.

The only thing that is more fun than making money with Bitcoin is donating it to noble causes.

There are two ways you can support Bitcoin Lake.

1) Donate directly to their Bitcoin Wallet. (See Address Below) 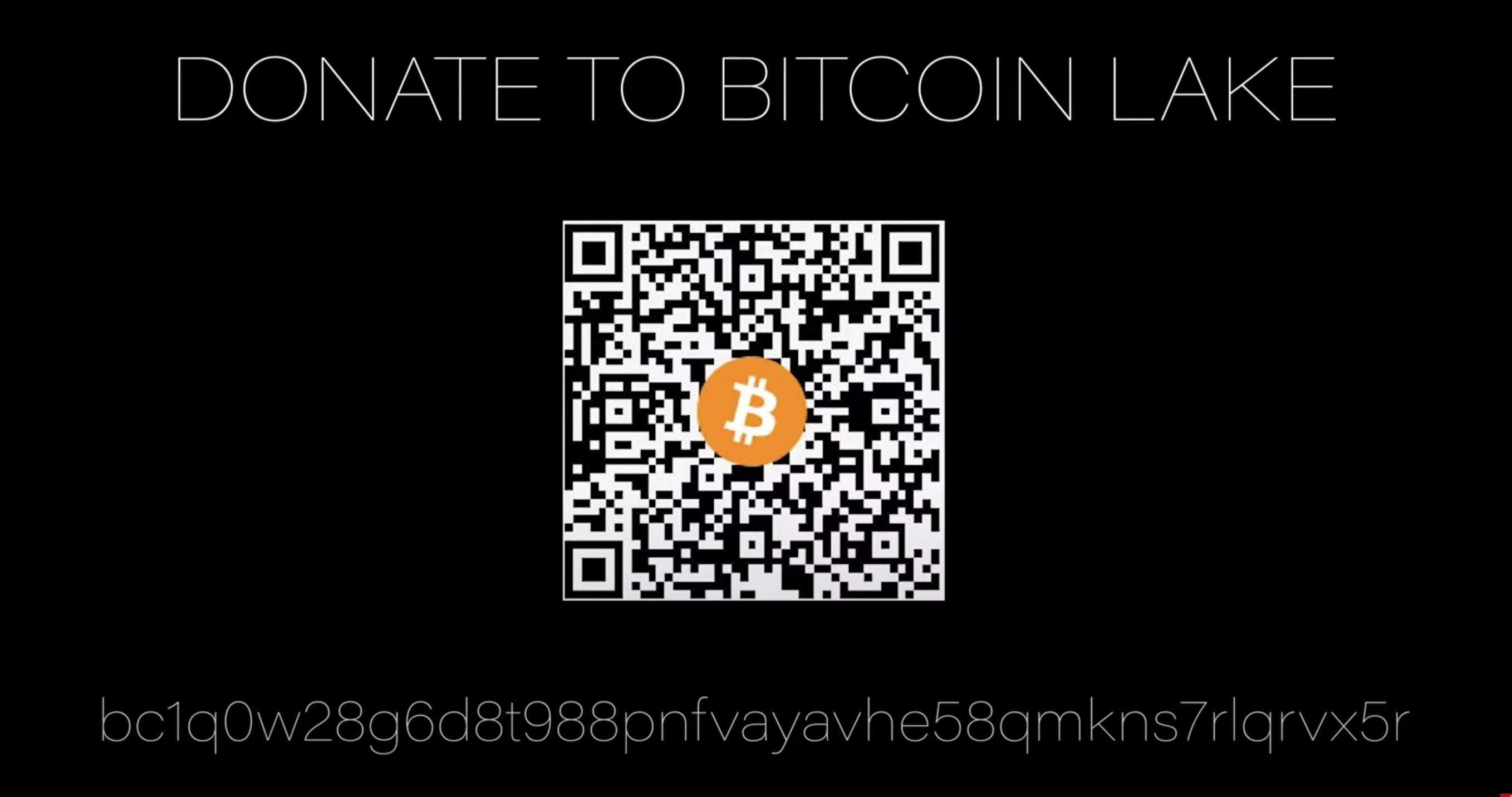 Derek McCloud, M.Ed has a master’s degree in education which helps him simplify complex ideas like crypto and explain them in ways that the masses can understand. He is passionate about Bitcoin and crypto because it can provide financial freedom to those who invest wisely. He hopes that people who make massive amounts of money from crypto will help him have fresh water wells dug around the world for those in need by the year 2025. To learn more about crypto and joy, check out his youtube channel.